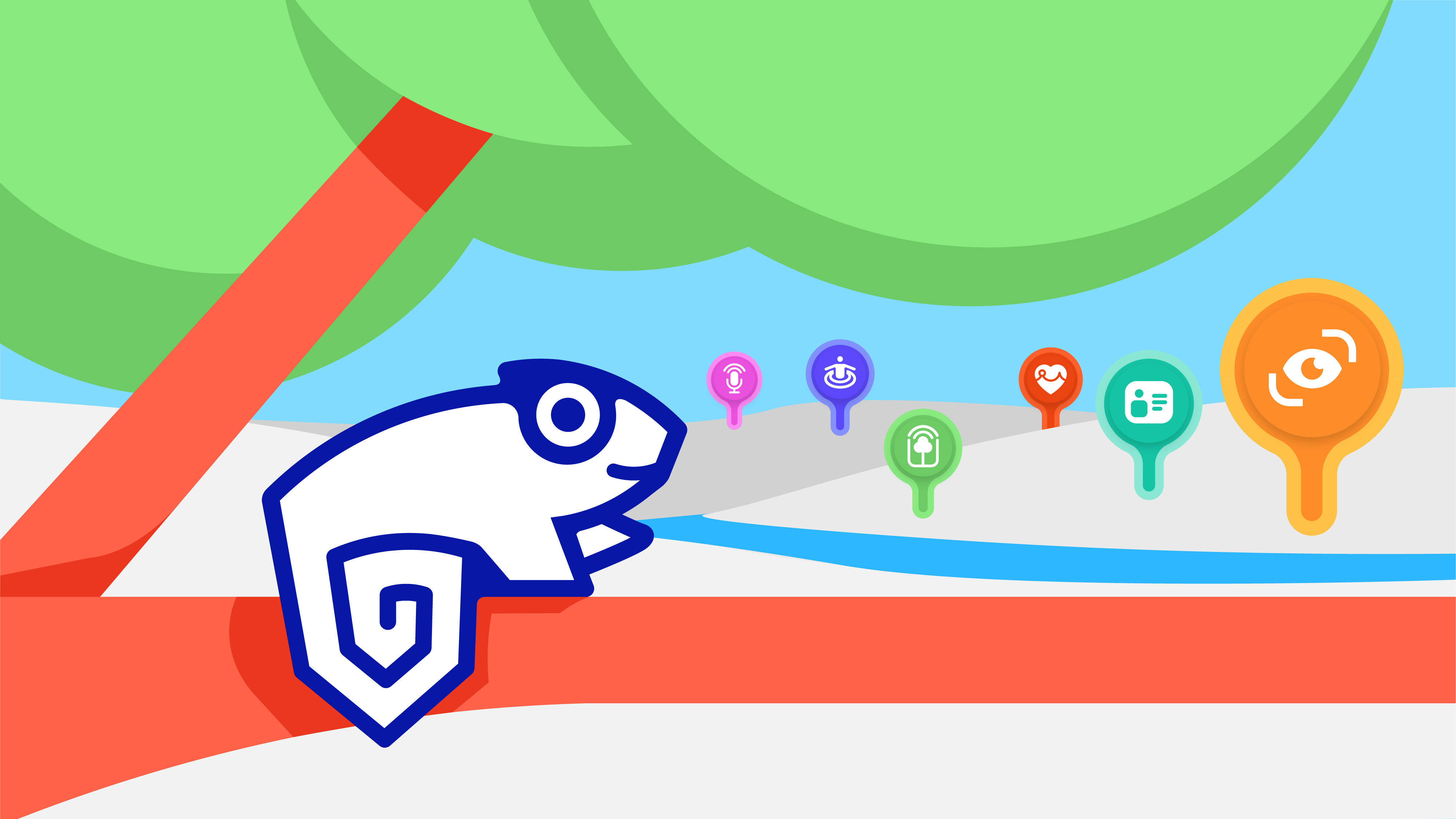 ‍Devices that collect data about us go beyond a digital interaction. More often than not, data is continuously gathered while we do everyday activities.

During my time so far on the IoT Privacy Infrastructure, I have worked with a multidisciplinary team of software engineers and data privacy/policy advocates to develop a cohesive experience from multiple user personas. 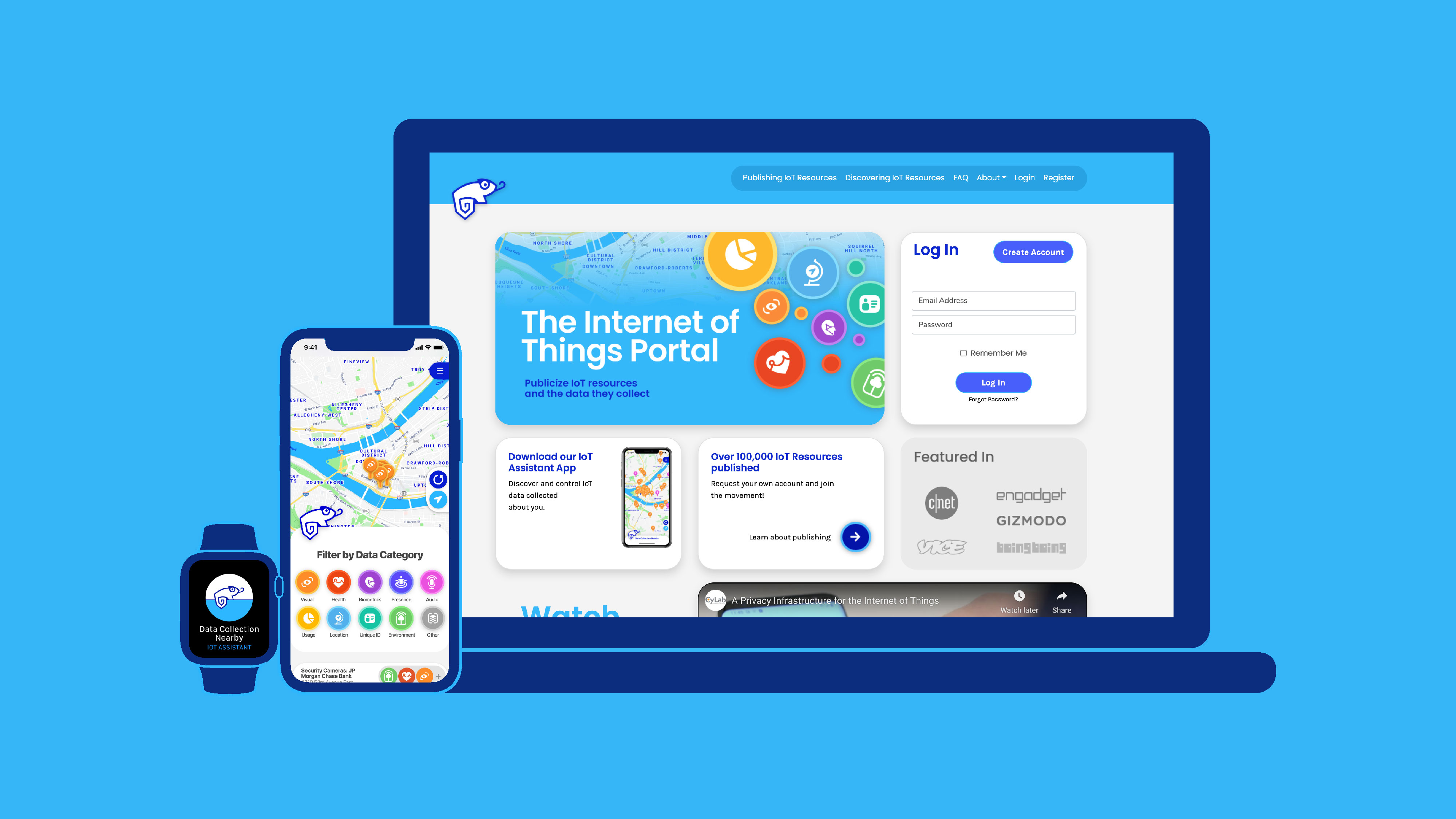 Comprised of both a web based portal (to add IoT Devices) and a mobile application (to view IoT Devices), the system architecture illustrates stakeholders involved.

The IoT Assistant allows anyone intrigued to understand what data might be collected about them. 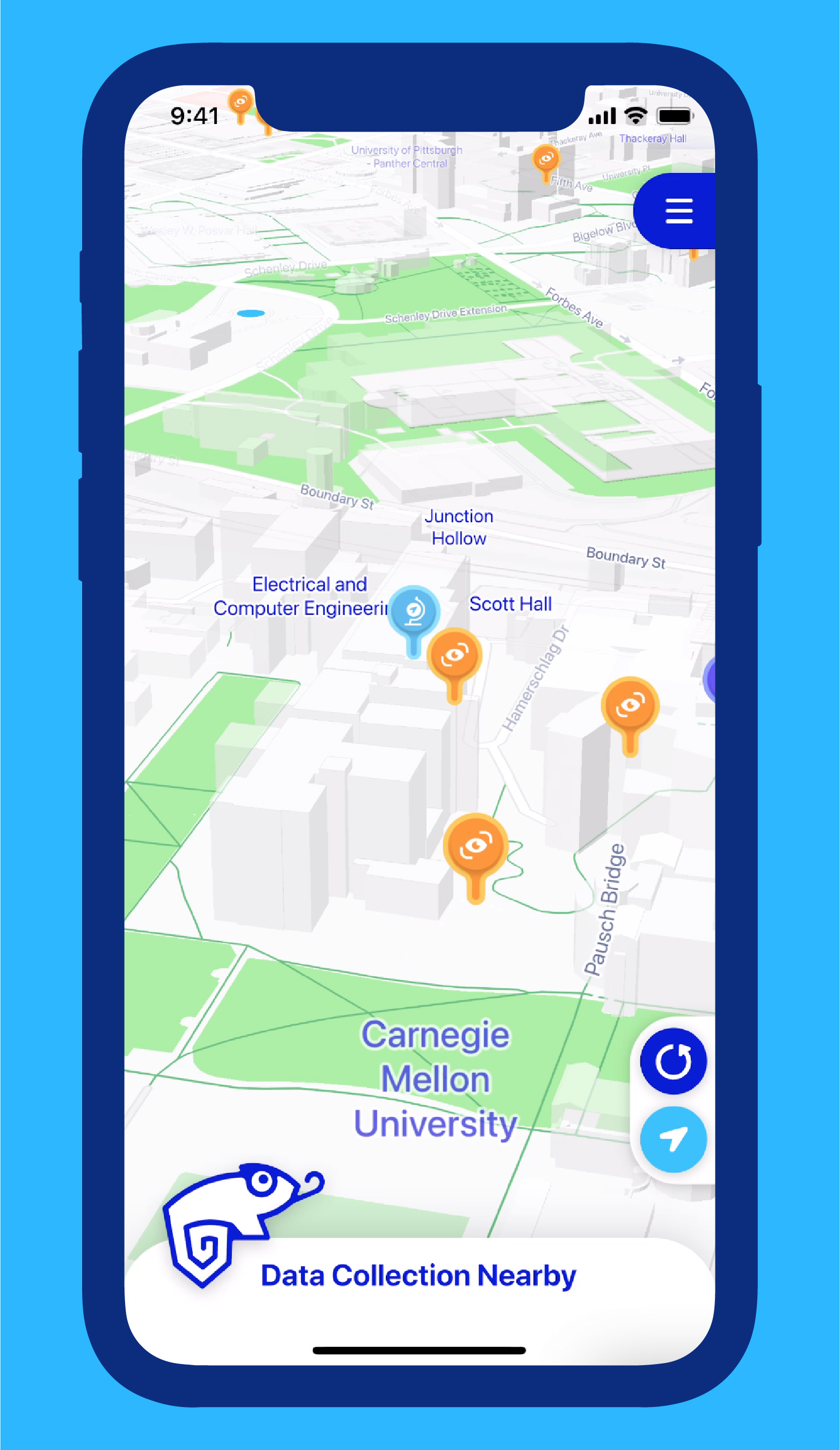 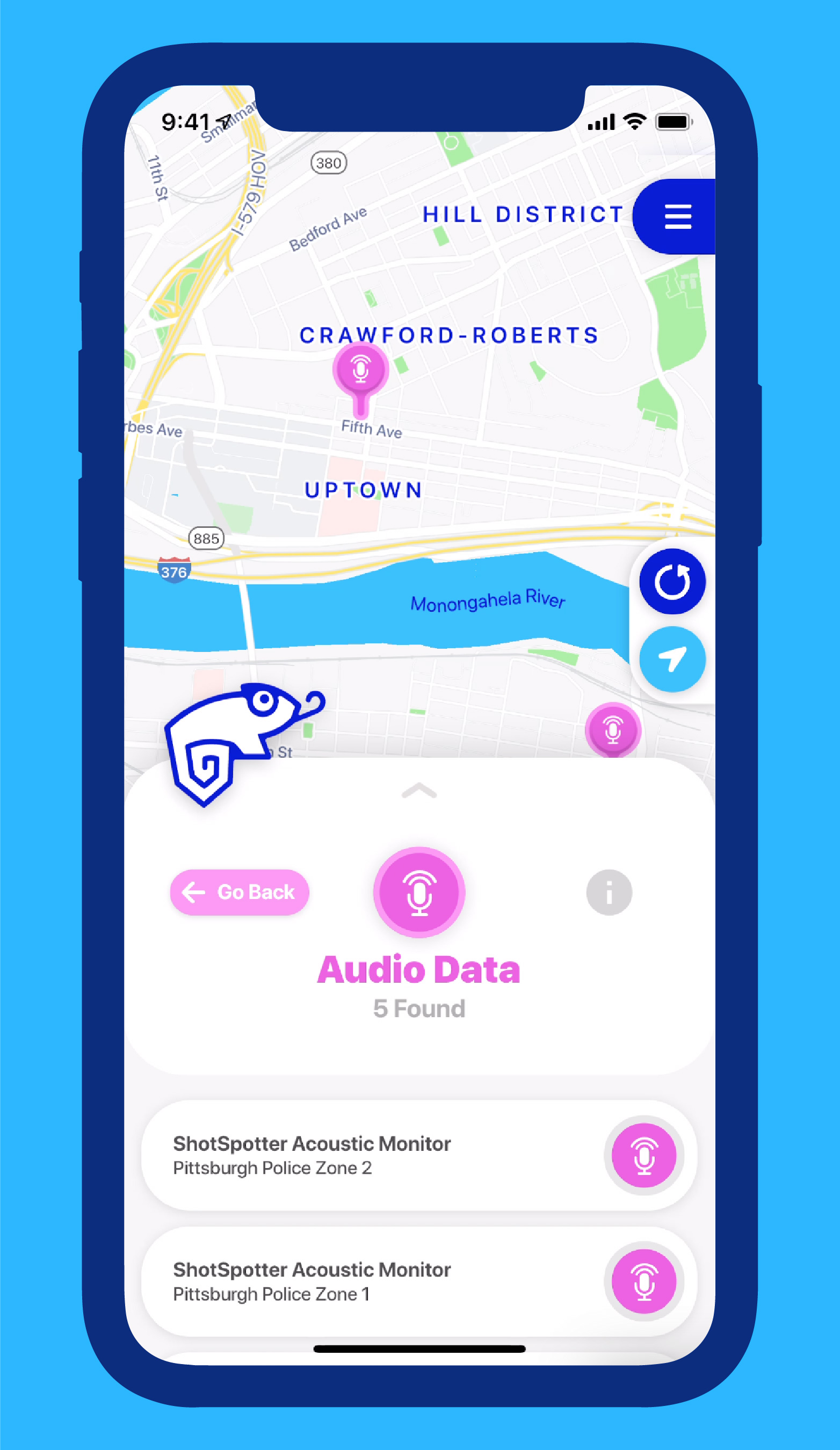 ↑ Data Category:
If the user is interested in a specific type of data collection, they have the option to filter devices around them. 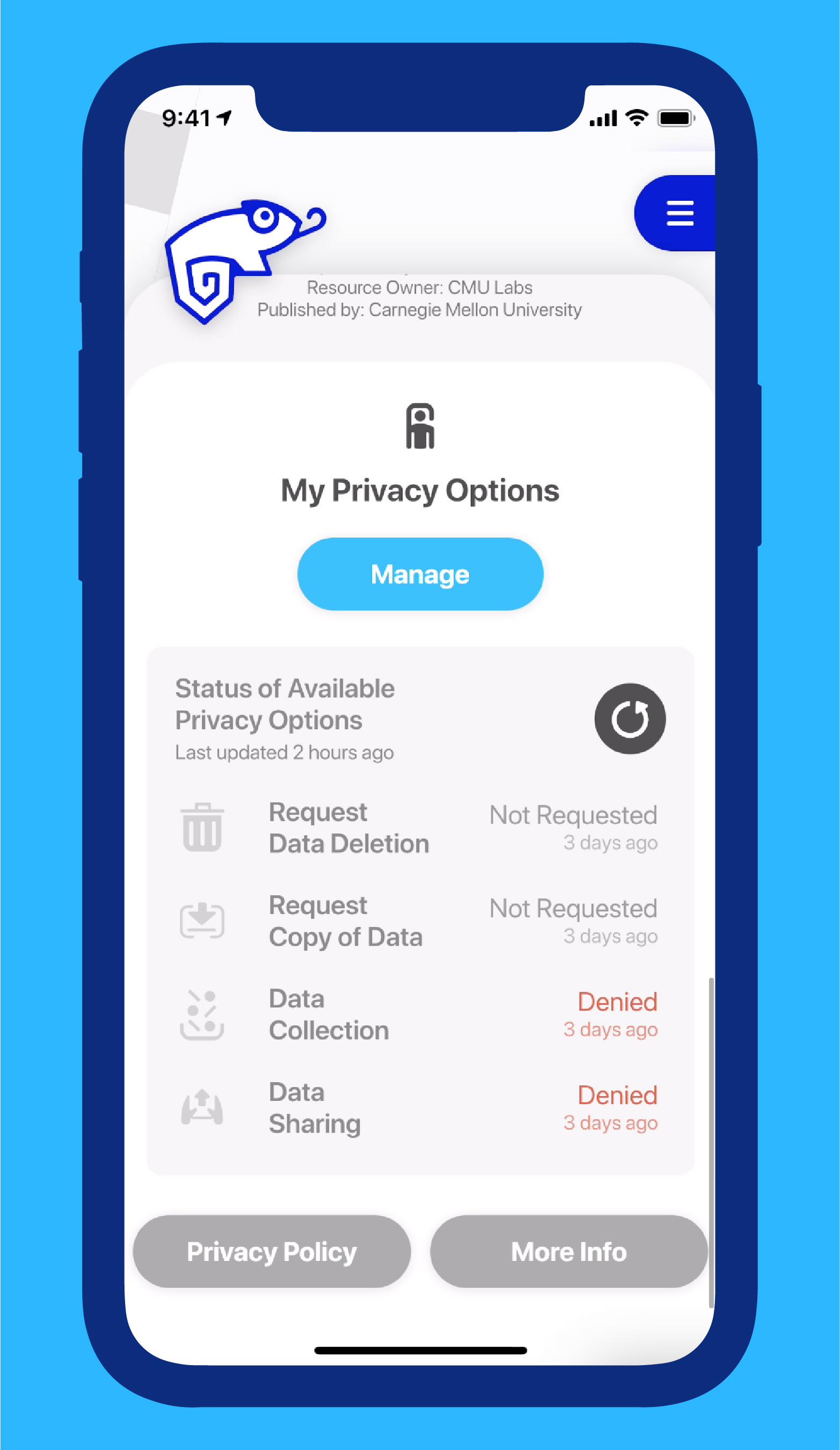 ↑Privacy Options:
If available, users can optimize their privacy options. Most common interactions are being directed the service providers page on a browser. 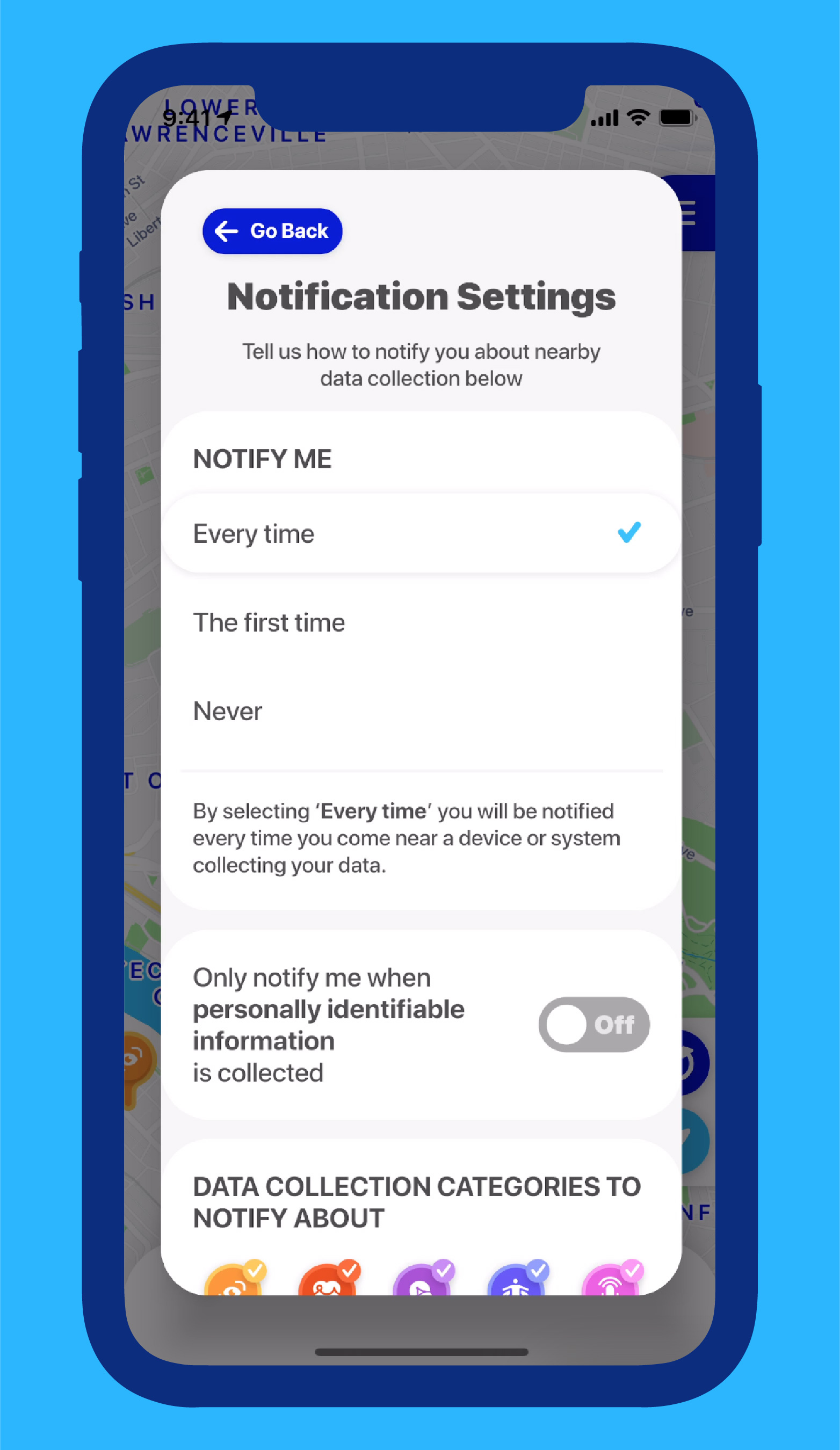 ↑ Notification Settings:
If a user walked in range with potential data collection, they can be notified before interaction. 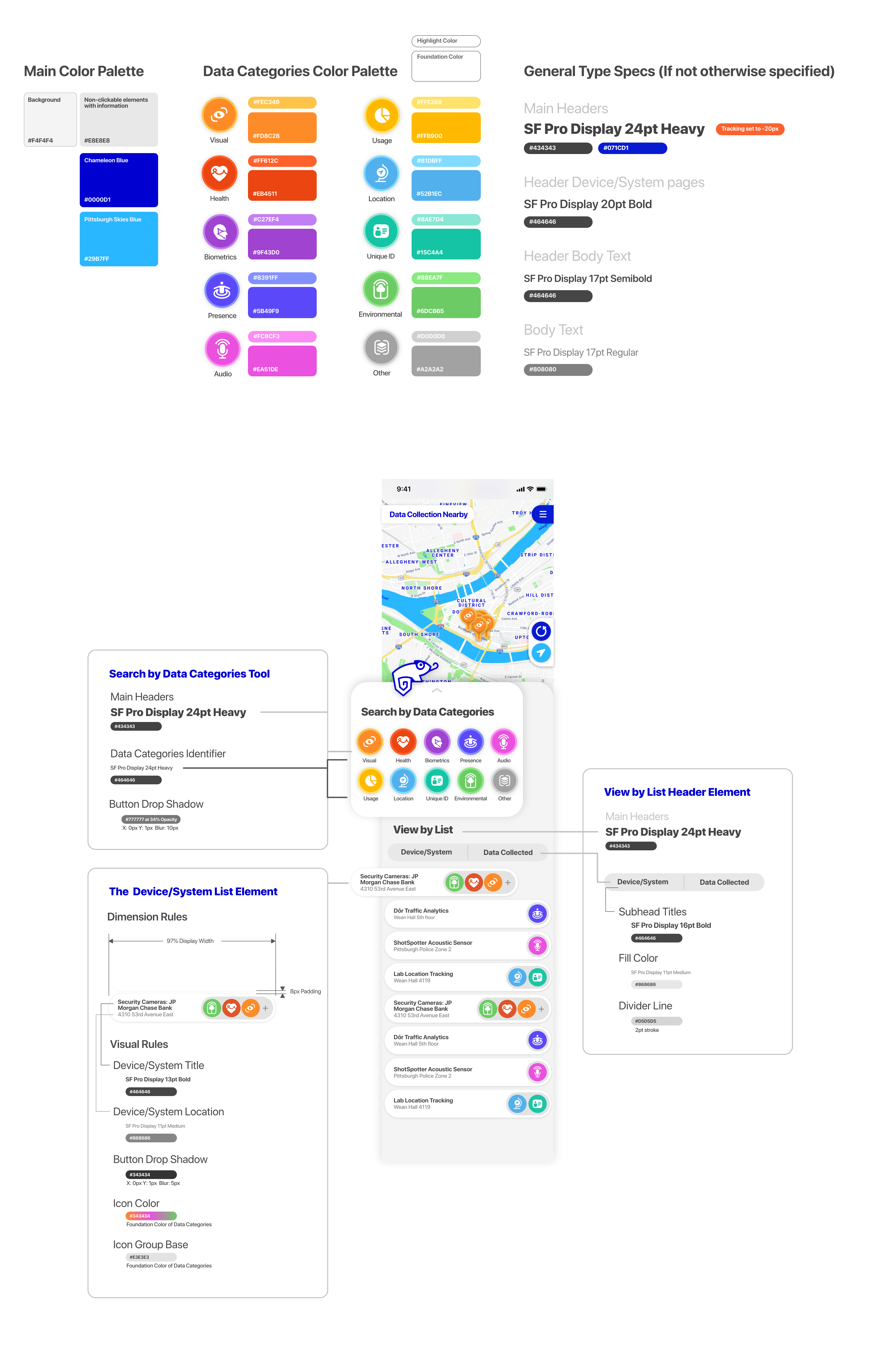 The IoT Portal allows service providers (those who install or regulate IoT Devices) to upload information like device name, location, and data practices so that it can be accessed on the IoT Assistant App.